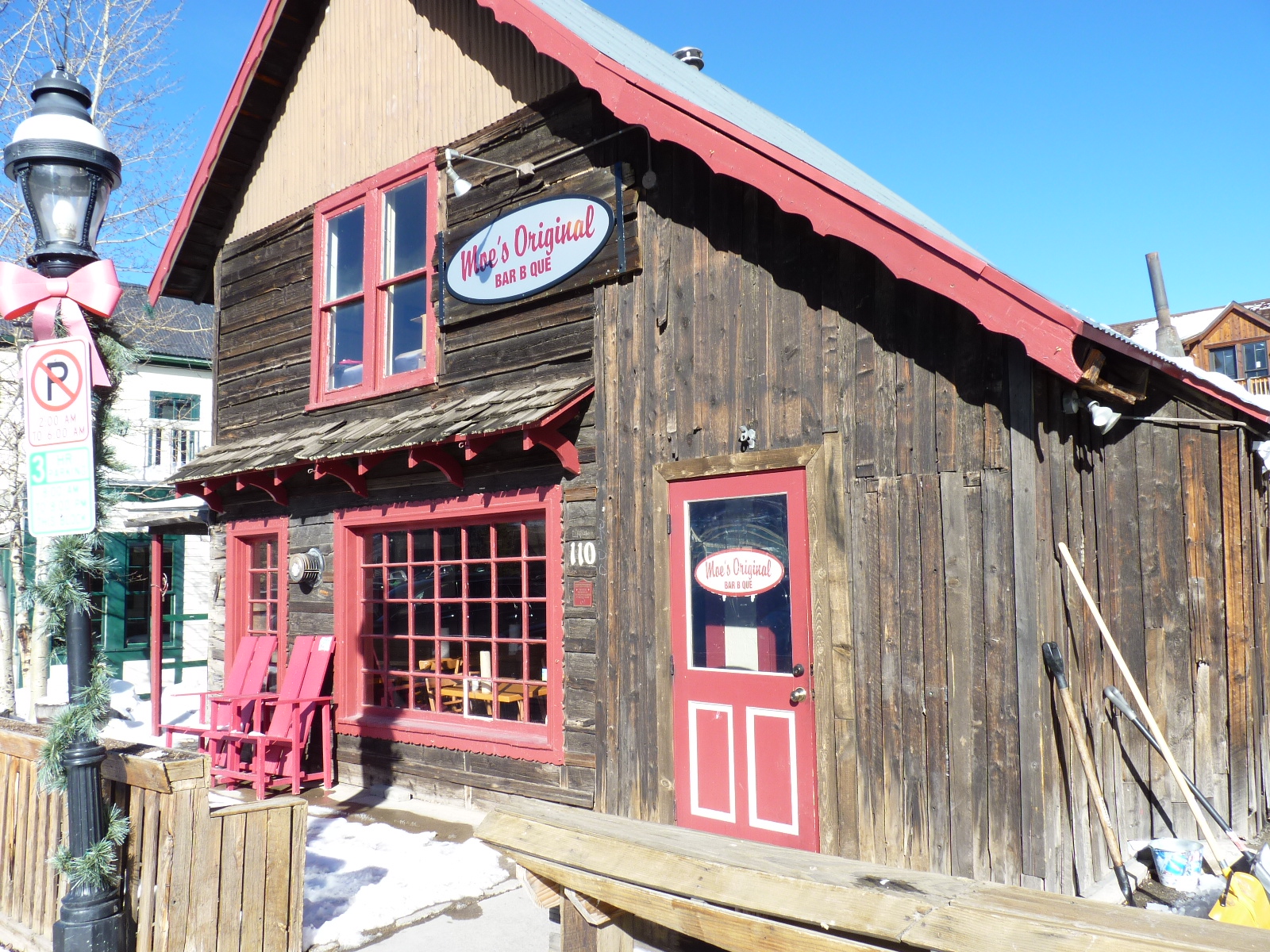 Moe’s Original BBQ is a traditional BBQ joint set in Breckenridge. While the atmosphere can be a bit lacking with only a basic décor throughout the restaurant, they greatly make up for it with their delicious food. The ribs are so popular that they actually take reservations for rib dinners because they sell out so quickly. Other typical BBQ dishes like pulled pork are also available along with sides like mac n cheese, baked beans and more. If you love a good BBQ, then you won’t want to miss out on Moe’s.

The service is excellent for the restaurant style that Moe’s has. You order at the counter off a large black-board like menu. It is a very casual event compared to some of the more upscale restaurants in the Breckenridge area, but if you are looking for great BBQ you probably aren’t looking for too much of a fancy place. Moe’s has the same sort of home style almost southern feel that many BBQ places have made common over the years.

What to Watch for: Again, if you’re hoping to get a great BBQ rib dinner, then you may want to call ahead.