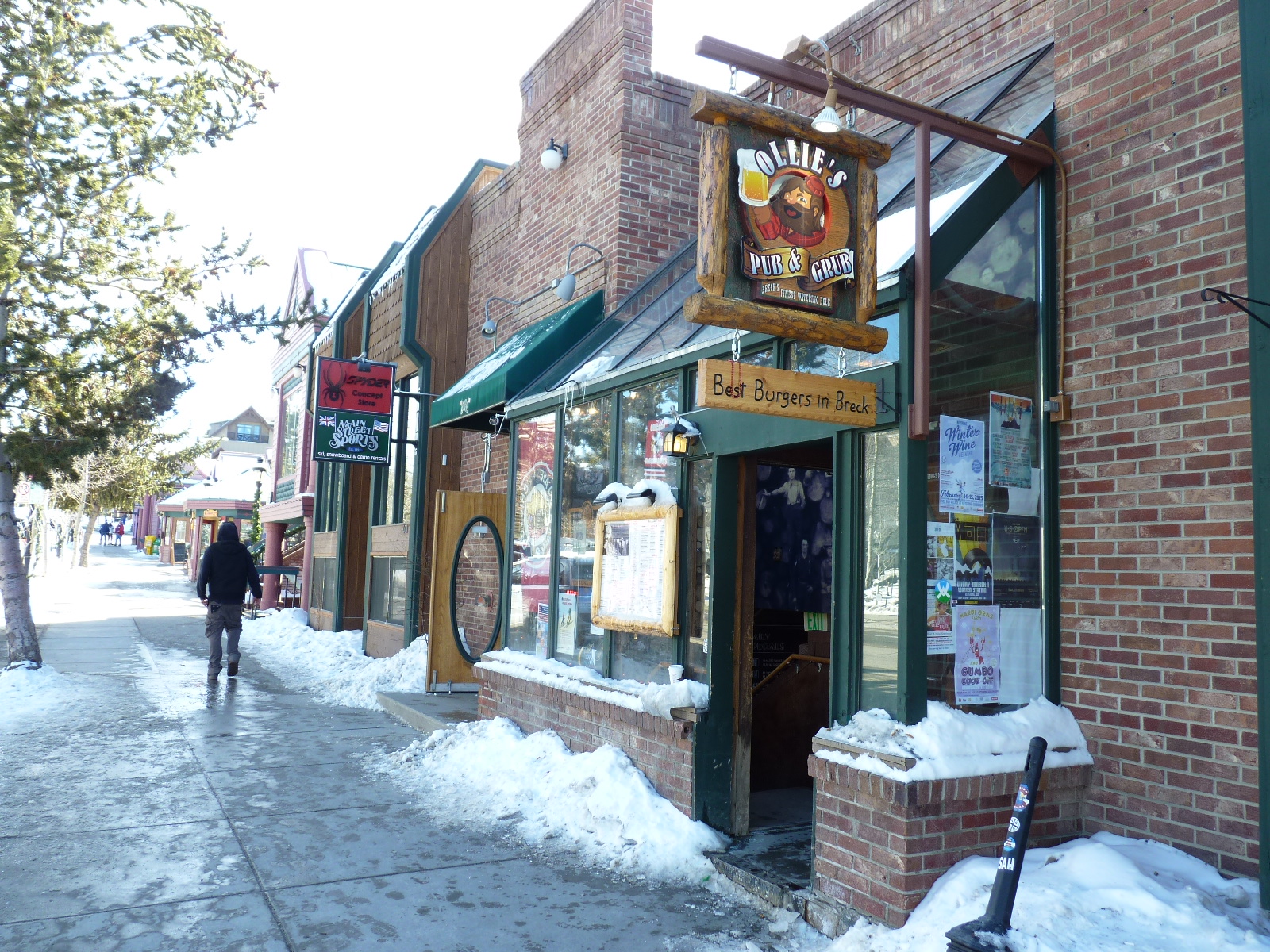 Ollie’s Pub and Grub focuses on large portions of familiar bar food paired with a relaxing atmosphere, making it ideal for a stag night or a family dinner. The food is primarily American fare, such as burgers and wings, with a Western twist. The portions are large, the prices are reasonable, and the beer is cold—perfect for a night when you just want to put your feet up and down a few brews. They offer a wide variety of dishes, so there is something that everyone in the family can enjoy. With a large selection of imported and local beers, 16 HD TVs and major sports packages, sports fans won’t miss their game.

What They’re Known for: Ollie’s is known for their food and atmosphere. They boast some of the best burgers in Breckenridge, which are both large and juicy, making for a filling meal. A popular favorite of both locals and tourists are the fried pickles. The atmosphere is relaxed and friendly. It’s not uncommon for strangers to share a plate or buy each other a beer after finding out they both root for the same team.

What to Watch for: Ollie’s is popular with sports enthusiasts, and as such, it tends to be loud on game nights. If you’re looking for a quieter meal, come in during off-peak hours, when there is less likely to be an inebriated crowd.