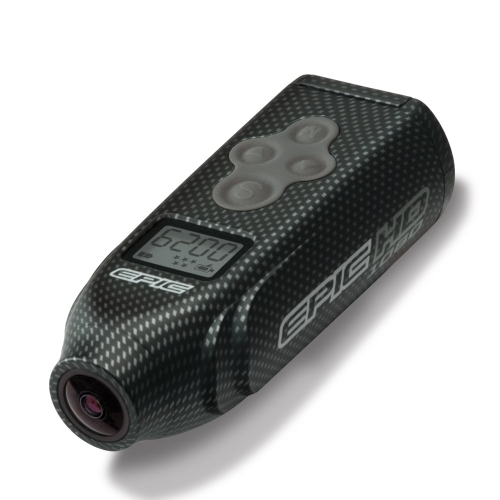 Let’s get this right out of the way: this is not a GoPro. The Epic Carbine HD Action Camera is a less expensive alternative–though not by much–to nearly every one of the action cameras on the market today. Cost is the simple and unifying reason that you go with the Epic.

Price. The Epic HD Action Camera typically retails for $219, though we have seen them as low as $147 on sites like Amazon. It is the least expensive one on the market, so your dollars go a long way.

Best For… Kids and hunters. While the GoPro has a fairly indestructible case, even with the aluminum cases of the Contour and iON you don’t want even a scratch on them. But with the Epic, it is cheap enough that it is great to strap onto your child or teenagers and let them go crazy. But it’s a great starter camera for kids who are banging around, may forget them somewhere, or drop them into sodas as an experiment. Additionally, their mounts and other add-ons are targeted at hunters, and while we don’t hunt or have kids, we can imagine that these are the audiences that are most likely to possess them.

Video Quality. Probably not quite as good as some of the bigger players on the market, but it is HD. Put it this way, if you had never tried nor seen footage from any action camera, and you were given an Epic, you would be very satisfied. Which is to say, that the picture quality (which you can watch below) is above the line of adequate.

Communication. For communication, the Epic HD Action Camera is pretty much in The Stone Age. It uses a seven-segment display, which we were pretty sure died somewhere along the time of Jolt Cola. You can delete photos or videos that you’ve taken, by toggling to them, but you can’t view what you’ve shot, so it’s a bit of a weird ability without the ability to view the footage. Almost none of the action cams have viewfinders, so it’s just a headscratcher of an amenity.

In our view, this digital panel really undermines their product. It is functional, but it just makes the whole device look thrown together and out of touch. We think you won’t like it very much, but it depends on what you’re using it for.

0 to 60. This is an important metric for us. So often we were skiing or on a chairlift and something cool was happening, and we wanted to be able to start recording as quick as we could, but the camera was off. For the Epic POV camera, it takes about 5 seconds to get it going, after you get it from your pocket or find the right button on your helmet. This is pretty slow. And with other cameras like the Contour or the iON—where you just slide a panel forward—you don’t have to look at the screen to make sure that it’s on. However, with the Epic you have one button to power on, and another to start recording, all while looking at the screen to make sure. On the ski slopes where people are usually traveling 20+ mph, this is too long, and you will have missed whatever you were trying to catch.

Photos. You can take stills with the Epic HD Camera, which is a nice feature. The photo quality is nice and at or above par for this type of camera. Our model was a little glitchy, and some of the photos came out red-washed. Not really sure what happened there. We are really good about taking all photos and videos at least two times for safety (usually because we mess up the shot), so we were never without a photo from the Epic that we wanted. Here’s a couple we took at Sunlight Ski Resort. 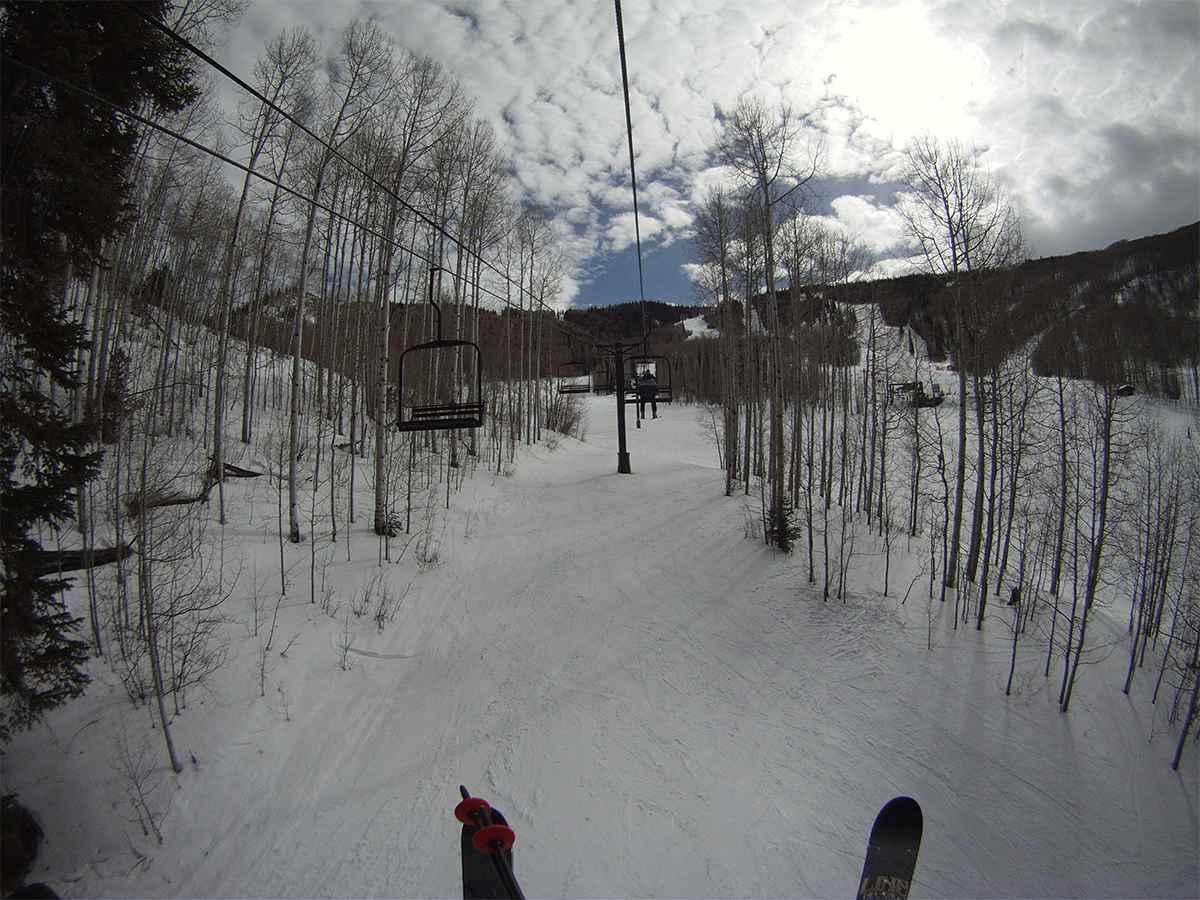 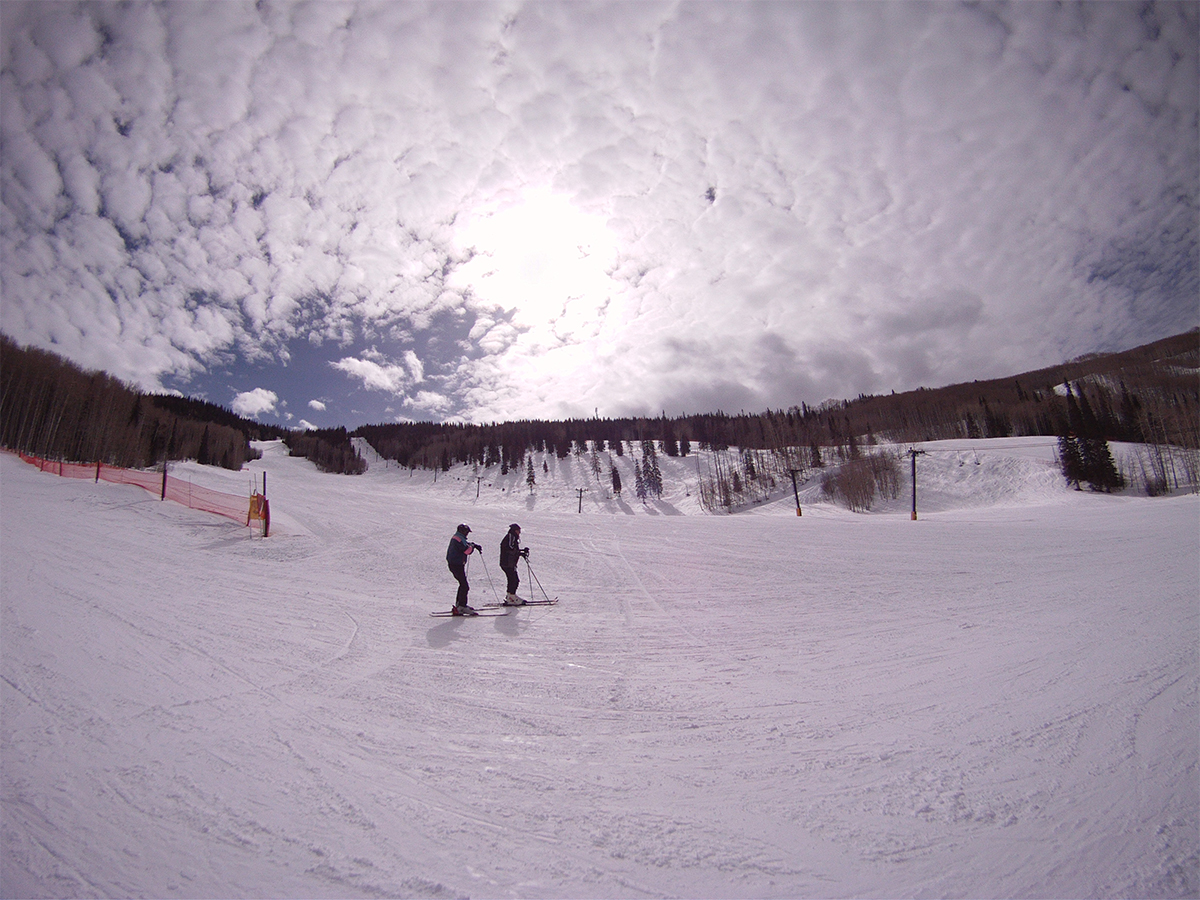 Battery Life/Charging. The Epic action camera runs on three AAA batteries. And be aware that the camera draws a lot of power. On our various different trials, we found that we got around 60-70 minutes of film time on three batteries. Epic claims the batteries will last longer than this, but we have also seen reviews on Amazon that hold the line of about an hour of shooting time.

You will need to carry some extra batteries with you when you shoot. The good thing here is that once you have the new batteries in, you are good to go. Whereas with other action cameras, you have to buy a $30-$40 backup battery or wait several hours until your battery charges back up. We’d bet that it’s a wash between the number of AAA batteries you have to buy for the Epic before the battery in a GoPro won’t hold a charge anymore.

Handling. We like the shape of the Epic far better than the GoPro or Sony or JVC. It is more streamlined, looks better on a helmet or googles, and it’s very easy to drag from your pocket with gloves on. High marks.

Toughness. In general, we try to be very careful with our action cameras, or at least as careful as you can be while doing high speed stuff, but the Epic helmet camera stoof up just fine through a few of our spills.

Mounts. The basic mount for a bike or helmet is pretty standard, easy-to-use, heavy adhesive style. All of the cameras use something similar, and the Epic camera is on par with utility function.

Software/Support. There is no software or apps that come with this. While you can’t connect to an app to get the picture correct, we’ve found these apps are a bit unnecessary for typical consumer use. Plus, they often are difficult to pare together. We would give Epic high marks for not messing with this, but it seems the just shrugged this part off as opposed to a deliberate choice to make life easier on users.

Other Products. Epic makes three other cameras, one as cheap as $79, that are stair-stepping degrees of ability. They also have quite a few accessories, many you would expect, some you would not, as there is a big play here for hunters.

Brass Tacks: This is a good camera, it’s just not a great one. So many other good options for just a few more dollars.