All of the bars and saloons that are listed on this page are still in business today. This list is a work in progress and this is not intended to be an all inclusive list. If you know of a bar/saloon in CO that is older than 1859, please send an email to admin@coloradoskiauthority.com.

1859 – Buffalo Rose Tavern, Golden, CO This saloon was established as the International Bowling Saloon in 1859. In the early 1860s this building also functioned as a meeting place for the Colorado Territorial House of Representatives. The original building was demolished and rebuilt in 1902. The establishment was re-named as the Buffalo Rose Saloon in 1985. 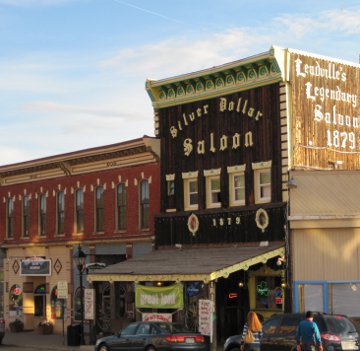 1862 – The Mint, Silverthorne, CO This is the oldest bar in the State of Colorado that is still in operation, and is still using its original name and building structure. When this saloon was built; Colorado had not been made a state yet, and the north and south were just beginning the Civil War.

1889 – J-Bar, Aspen, CO This historic bar is located inside of the Hotel Jerome. The J-Bar still serves a milkshake that was invented sometime around the prohibition era that is called the “Aspen Crud”. The milkshake includes 5 scoops of french vanilla ice cream and 3 ounces of bourbon. There is no credible evidence that this drink was invented during the prohibition era… However, it is unlikely that a speakeasy would be discussed and written about in the local newspapers.

1893 – Buckhorn Exchange, Denver, CO The Buckhorn Exchange is often mislabeled as being the the oldest bar in Colorado. This bar does possess state liquor license #1… however this was not issued until several years after prohibition ended.