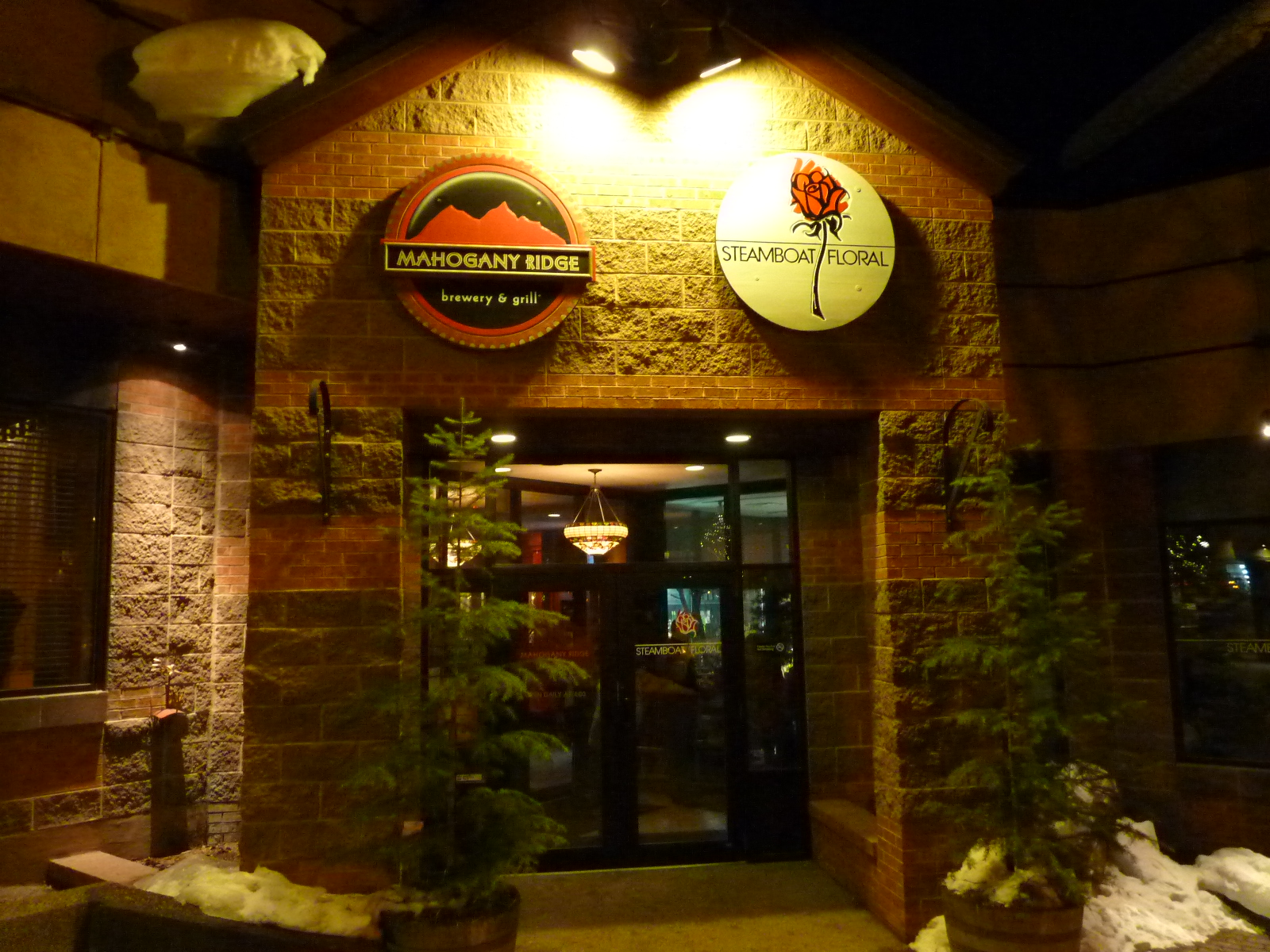 Talk to anyone around Steamboat Springs, and they will tell you that Mahogany Ridge has a great happy hour, which runs from 400-700p nightly. They have a long, narrow snake of a table that runs right through the middle of the bar area, functioning as “family style” apres ski. It doesn’t get raucous, but rather collegial and welcoming for anyone looking for some local brews to dull the pain of the lactate building in their thighs from a tough day in deep powder. Think kids aren’t welcome in the bar? Guess again. Along with their seven micro-brews, they also craft Rabbit Ears Root Beer that the whole family can enjoy.

Where. The Ridge is located on the river side of Lincoln street, right on the corner of 5th and Lincoln.

When. They open nightly at 400p, and coincidentally, that’s when their happenin’ happy hour begins. They may have different hours or closed on certain days in the off-season, but they are open every night during the ski season.

What They Have. We were only there for happy hour, so we didn’t take part of any of the larger menu. However, they have some unique things going on here. A great and expansive appetizer list, tons of sandwiches and brewery plates, and then they have their “Dipping Entrees.” This I’m not too sure about because a lot of it is asking me to dip steak into one of a dozen sauces. I’m from Oklahoma. I’m not doing that to steak, unless you don’t know how to cook one. If you are up for a culinary adventure, then stay for dinner and try some of these. If you want to hedge your bets, at the table next to us were two very small women who ate two very big salads–and ate the wholething–so it would seem they were as good as they looked. Here is their Menu.

But we talked to a few people in town about Mahogany Ridge, and they were quick to recommend happy hour, but not dinner. Our Advice. Stop in for happy hour and look at the food coming out. If you are in the family style bar area, you will have a front row view of other’s plates and can easily ask them what they think. Make your decisions from there. 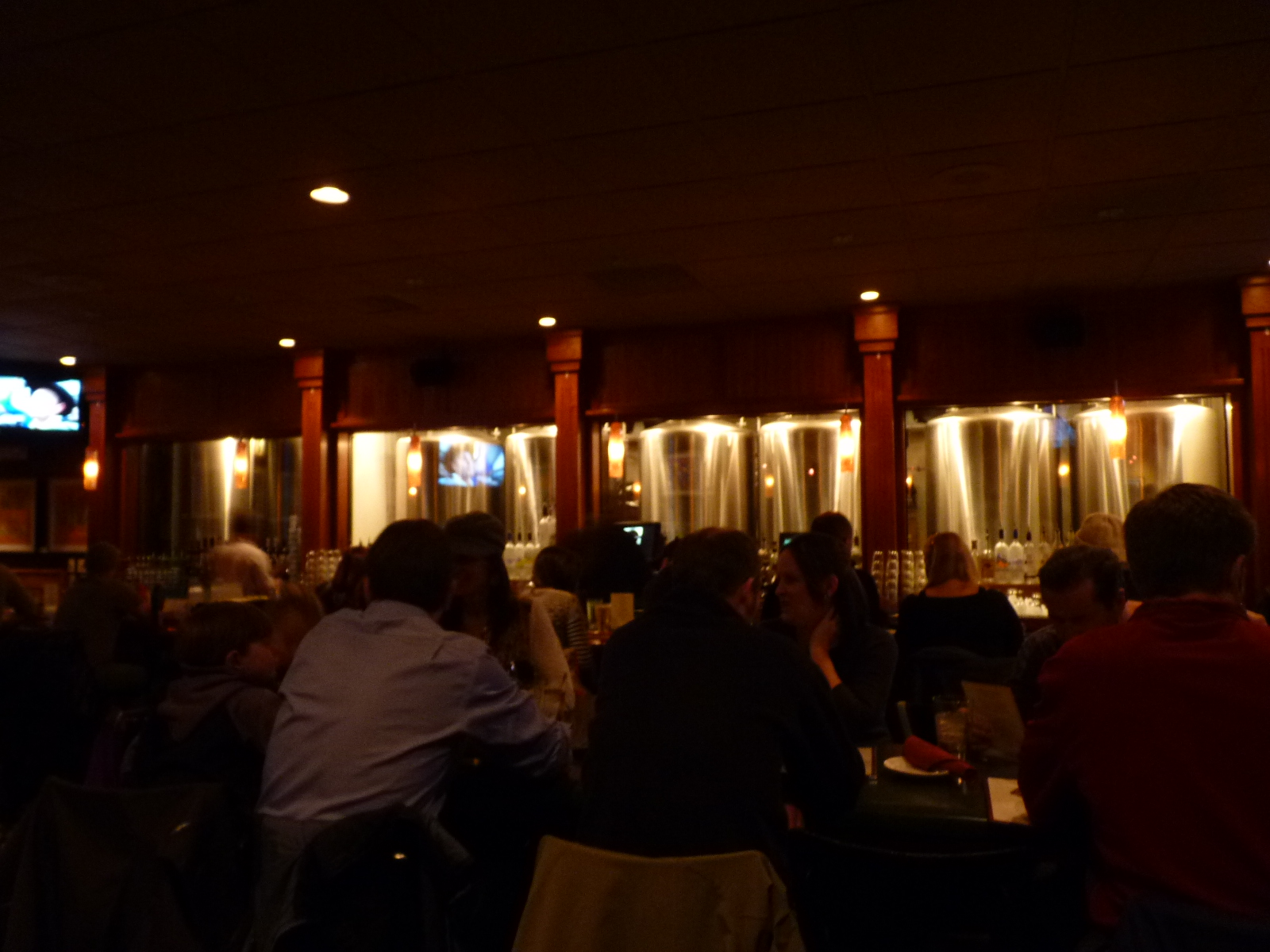 What We Had. On advice from our waiter, we went for the Twisted Pretzel with Mahogany mustard and we added the cheese and porter cream, which was really good, even though you don’t feel too healthy eating it.

We also had the Spicy Tuna Ceviche, which is top notch. We were looking for some protein after a day of skiing, and this is a good amount of healthy ceviche with plenty of chips to shovel it in.

We had a drive ahead of us, so we only had one beer per man, which was the Alpenglow Amber and the Dave’s Downtown Brown. They were decent enough, but listen, you can swing a broken ski pole anywhere in Colorado and hit a dozen good beers and two good breweries. So if you are from a micro-brew desert, you’ll love these beers. But in context in Colorado, they are good beers and you can drink them, but they aren’t likely to win any awards. The Root Beer is a nice touch.

Of Note. This place gets packed for happy hour, so go prepared to stand and drink until some seats or a table opens. After 700, you are not likely to have too many issues, but it’s still smart to call ahead no matter where you go. Steamboat is a town of 10,000 people that swells to 80,000 when the snow is good. If you want to dine out, you need to call ahead. Maybe even a few days.