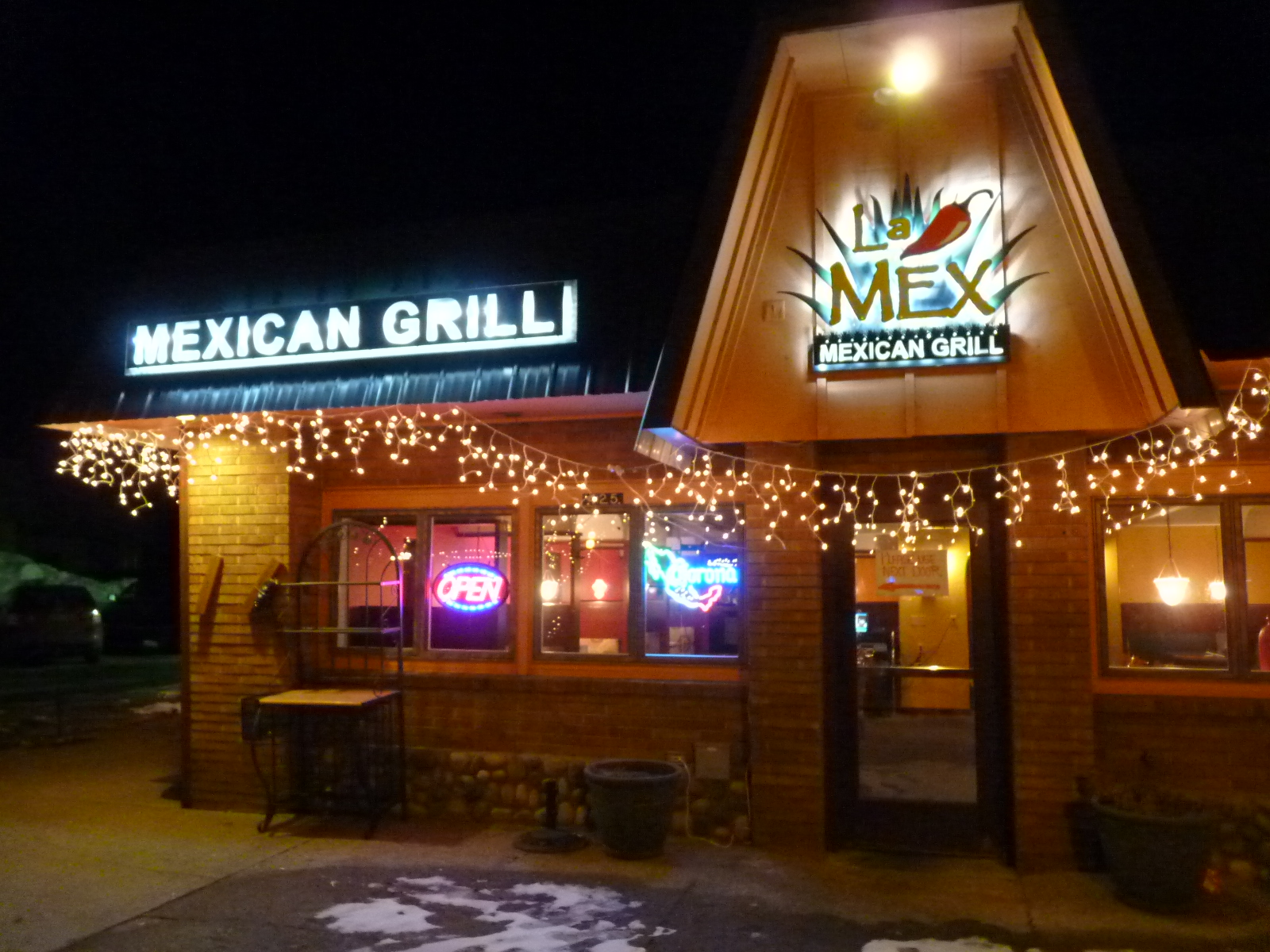 La Mex is a great choice for cheap Mexican food in Steamboat. Plus, it’s pretty big, so unlike other places in town–like Cafe Diva and Mahogany Ridge–you’ll always be able to find a seat, even when La Mex is rocking.

Where. Right downtown on the corner of 5th & Lincoln. It is two doors away from Mahogany Ridge Brewery. La Mex used to be Tequilas Real, so you will see that name on google maps if you don’t see La Mex.

When. They open at 1100a, and it seemed they likely serve food until 900-1000p, though drinks probably last a little longer than that.

What We Had. We were actually trying to grab happy hour at Mahogany Ridge after a hard day skiing, but we couldn’t even find a place to stand (on a Sunday), and I was bonking, so we went next door for some quick tacos and to just try out the place before heading back for some draughts.

We had a plate of four tacos, which I think were steak and carnitas. It may not seem like much from the photo, but it was actually quite a lot of food. When we picked them up we knew straight away that a lot of these tacos were going to be scooped up by some chips later because so much was going to spill out. We just came for a quick bite and ended up getting fairly full. I mean, look at this plate. That’s $11. And it came with pico and guacamole. Who does that? 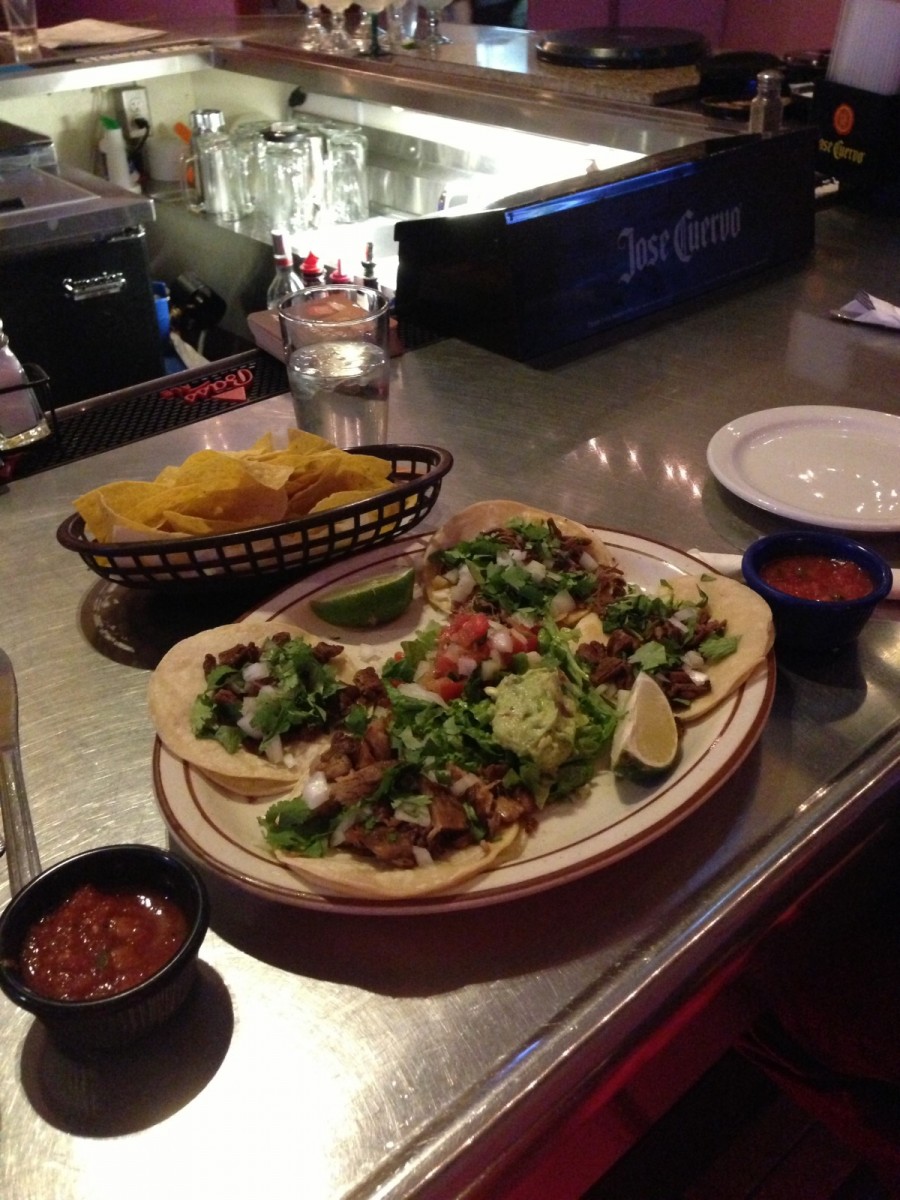 Chips & Salsa. We are firm believers that you can judge a mexican restaurant just from the quality of the chips & salsa (also by how stingy they are with it). They have two kinds of salsa, mild and hot, and it just kept coming. Now bear in mind that Jeremy and I will murder some chips and salsa, so maybe you don’t care about this as much as we do, because after all, this stuff is pretty cheap. But as soon as we sat down, we were eating BEFORE anyone came for our order. When you are hungry, that is hard to beat.

Drinks. We were only doing water and Pepsi this trip, but their selection here is mainly for the college crowd and/or the summertime. This includes tequilas. I think this will change over time, but expect Tecate and Jose Cuervo at the bar. It’s hard to make a bad margarita, but it’s also hard to make a good one.

Overall. This is a great “bang for your buck” place. We are Mexican food fiends–not snobs–and we really liked La Mex. And we’d eat there again if we wanted to do something cheap and get full. You will likely find better food at The Cantina or Rio Grande, but you will also pay more and eat less. That is the difference that you should know. The service was great, and the owner’s daughter, Brianna, sometimes answers the phone when no one is looking. So call ahead just to catch her sweet little voice. 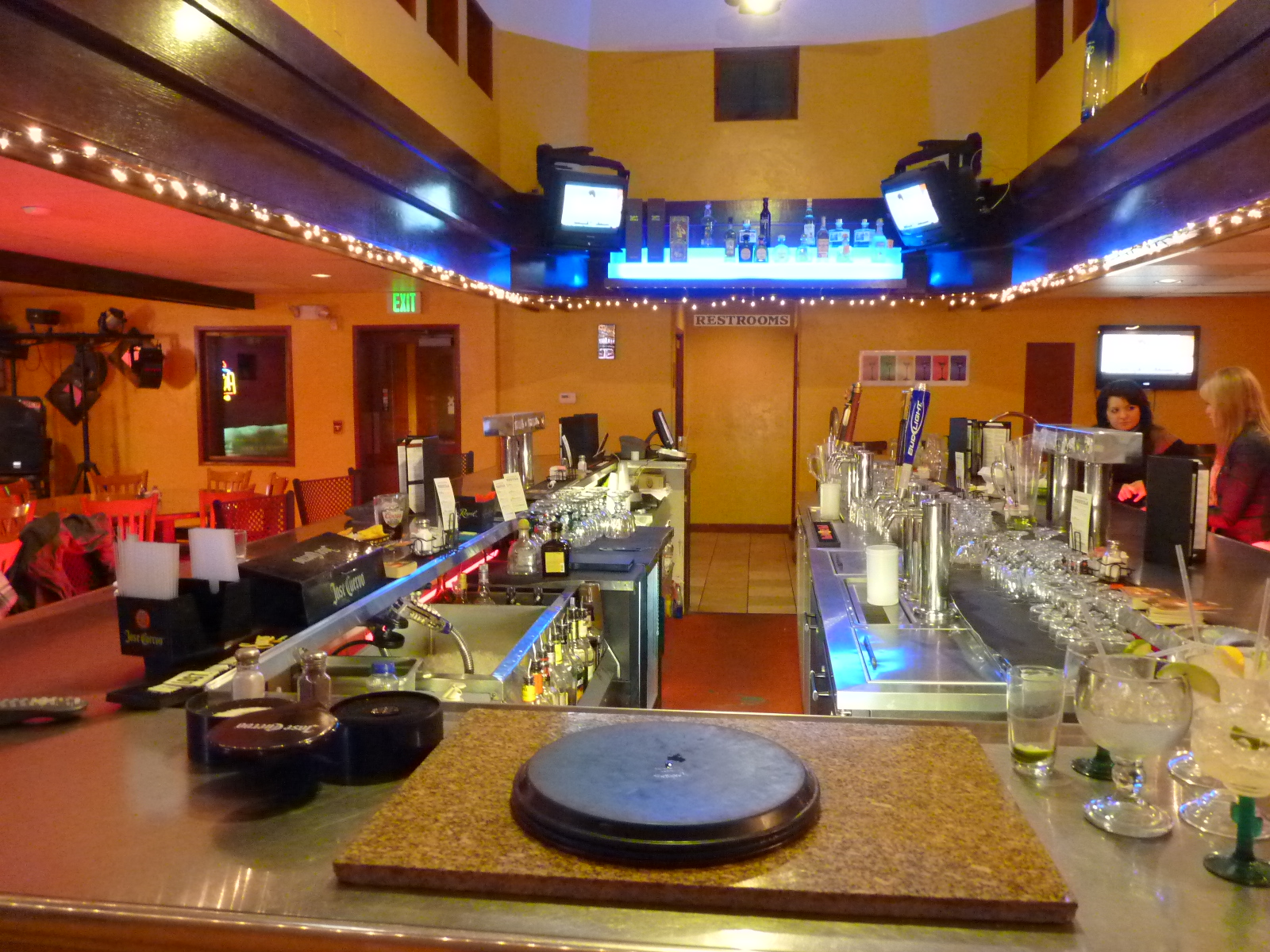